Wi-Fi has moved from a nascent technology to one that is core enabler of digitalized user experience. It is at center of Internet of Things (IoT), Virtual Reality (VR), Augmented Reality (AR), Real Time Location (RTLS), and Smart devices, to name just a few. And, yet, even after years of evolution and innovation, wireless networks today require hands and heads. There is a need for an autonomic wireless management system that “watches” the network, “understands” normal functioning, “analyzes” real-time performance against norms and then “acts” to automatically solve known problems. This is where Machine Learning and Artificial Intelligence comes in.

What you will learn with this Book

How AI will help

ML techniques and statistical models can be used for descriptive, diagnostic, predictive, and prescriptive analysis.

Why AI for Wi-Fi

The data source in Wi-Fi network is very big and extremely dynamic. For example, the “data rate”, “retries” vary for every transmission. The reason for not able to “construct” the received message are specific for each message. The manual classification and analysis of this data is infeasible and uneconomic.

ML is essential for Behavioral analytics for detecting attacks, automatically analyzing varied data from multiple perspectives, and identifying the relationships between disparate actions. This will help with fast resolution and sometimes preventing security incidents.

Former Head of Engineering/Architecture of Worldwide Corporate Network at Google, Ajay is a technologist, business futurist, & prolific inventor with about 90 patents pending/issued specializing in artificial intelligence, Wi-Fi networking, Quantum computing, and Real Time Location.  He is author of “RTLS for Dummies” & “Artificial Intelligence for Wireless Networking”.

Ajay Malik is currently CEO & Founder of ORO Networks, an AI Company. Prior to ORO, Ajay has held executive roles at Google, Cisco, Hewlett-Packard and Motorola. At Google, Ajay was head of architecture and engineering for the worldwide corporate network. Prior to Google, Ajay was senior vice president of engineering and products at Meru Networks where he led the transformation of the company’s technology resulting in its acquisition by Fortinet. He completed B.E in Computer Science & Technology from IIT, Roorkee, India, one of the premier institutes of India.

In the next 5 to 10 years, only enterprises that provide premium user experience will excel. AI will play a critical role in automated operation and user experience optimization in Wi-Fi Networks.

Wireless networks today require a great deal of manual effort and time to support. There is a need for an autonomic wireless management system that “watches” the network, “understands” normal functioning, “analyzes” real-time performance against norms and then “acts” to automatically solve known problems. Reading the AI 4 WIFI book introduces you to techniques of machine learning that you can apply to make this happen” 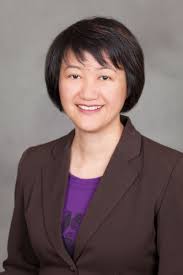 AI has the potential to transform a wireless network into an intelligent network that learns from its immediate environment and adapts to render a reliable experience. Malik explains the artificial intelligence methods through story and explanation in a way that’s both fun and gripping.